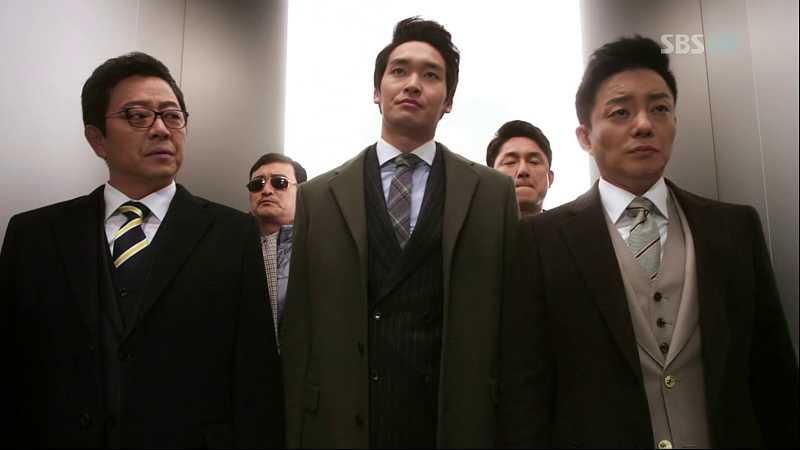 An act governing the establishment, ownership, and infrastructure of Kdrama Corporations.

(This law has preempted the promised Out of Town Trip Law due to recent events at dramabeans. The OTTL will come out next week instead. :D)

Section 1. Whereas a Kdrama Corporation is an artificial entity created by kdrama writers to drive the plot and/or provide a setting for the OTP to interact.

Whereas, Kdrama Corporations, to be considered valid, must provide proof of the ability to do or have done the following:

(a) Sabotage the press conference or product launch of a rival corporation.

(b) Steal ideas, concepts, prototypes, patents, and other intellectual property of a rival corporation.

(c) Dump waste irresponsibly or utilize any production process that endangers the health of people or destroys the environment.

(e) Demolish a housing unit/units occupied by orphans, old people, sick people, single mothers, and any other person which can be considered helpless and unable to fight back.

(f) Monopolize the industry by driving small, earnest businesses to the ground .

Whereas, Kdrama Corporation must follow strict guidelines regarding ownership and stocks:

(a) It must be headed by a no-nonsense matriarch or patriarch who either (i) built the whole company from scratch or (ii) usurped a succesful company from a very close friend who then died and left behind a child or two to carry out revenge.

(b) The day-to-day operations must be run by a capable but illegitimate relative or unrelated AND under-appreciated, ticking time-bomb-of-betrayal manager.

(c) The successor must be a wastrel in accordance with the Reluctant Heir Law.

(e) The corporation must have at least one (1) CEO, manager, Vice President, or someone in a position of power who is too greedy, too stupid, and too evil to stop doing damning things and turn the ship around.

Whereas, Kdrama Corporations must provide a conducive environment for the exchange of ideas and communication between its employees by complying with the following:

(a) An adequate number of bathrooms for chance encounters and overhearing juicy gossip.

(b) A rooftop, stairwell, hallway, or garden for relocating right after “Let’s talk.” *wrist grab*

(d) A storage room, conference room, or any other closed space that can be locked from the outside so the OTP will be forced to spend an awkward night together.

Whereas, the activities described in Section 2 of this act can be effective up until the final episode only. After which the kdrama writer must manipulate the story such that the evil corporations are punished and everything is right again in Drama Land.

Chime in below Cancel reply

Hello and welcome! If you like what you see, bookmark kdrama laws or sign-up below to be notified of new posts.